Learn Everything About Dogs

Dogs can’t talk, but as every dog parent knows, our canine companions can make a lot of other unusual sounds. Getting to know the noises your dog makes in a typical day is a great way to stay on top of your dog’s health.

Let’s take a look at some common sounds dogs make and what they mean, so you can distinguish the welcome from the worrisome.

Often the dog will reverse sneeze multiple times in a row, creating a series of snorting and wheezing sounds that can be alarming to pet parents. Fortunately, reverse sneezing in dogs is usually harmless and will stop after a minute or two.

We don’t know exactly what causes reverse sneezing, but many dogs will have an episode when they get excited, after drinking water, or when dust and dirt irritate their nasal passages.

Just like in humans, a dog’s cough can be benign or it can be a sign of illness. Coughing can be caused by irritation from dust or dirt, asthma, or more serious conditions like heart disease. Coughing can also be a sign of internal parasites, such as heartworms or roundworms.

In some cases, the way a cough sounds can help your veterinarian identify the underlying cause of the cough. For example, a cough caused by a collapsing trachea is often described as a “goose honk,” while a cough caused by certain respiratory diseases may sound more harsh.

If your dog has a new or worsening cough, it’s best to have it checked by your veterinarian to be sure there isn’t an underlying health problem.

Most of us are familiar with growling, but many people don’t realize that a growl can signal more than just anger. Dogs may growl during play or when they are frustrated, too. When a dog feels threatened or uncomfortable, a growl is his way of saying “Please step back!”

It is essential to heed this warning from your dog and give him the space he needs. Ensure visitors and friends, especially young children, know and abide by this simple rule. Pushing your dog’s boundaries when he is growling may put you and others at risk for a bite, even if your dog is typically friendly.

It is also very important not to punish your dog for growling, because this may lead to bites that happen without warning.

You might hear your dog heave a great sigh of contentment as he curls up on the couch next to you or groan as he settles into his favorite bed. These sounds are normal—and adorable! Many dogs will sigh or groan when they are relaxed and happy.

However, if you notice the groan seems more like a grunt or happens in response to a particular movement, this may be a sign that your dog is in pain. Getting to know your dog’s typical grunts and groans can help you quickly spot changes in his health.

Like us, dogs often yawn when they are tired or after they’ve just woken up from a nap. But, unlike us, dogs will also use yawning as a form of non-verbal communication.

Yawning is one of several canine calming signals dogs will use to indicate that they are nervous or uncertain about a situation.

If your dog yawns when he isn’t tired—and especially if he combines this action with other calming signals such as looking away, lifting a paw, or licking his lips—this can be a sign that he’s uncomfortable and needs a little extra space.

It’s normal for dogs to pant on a hot day or after a good run in the park. But dogs can also pant if they’re in pain, if they’re having difficulty breathing, or as a result of illnesses such as heart disease.

Monitoring the frequency and depth of your dog’s breathing can help you spot a potential problem. Normal breathing should be rhythmic and should require minimal effort. A good rule of thumb is that your dog should inhale and exhale no more than 30 times in one minute when he’s sleeping soundly.

If your dog is breathing heavily when he should be relaxed, it may be time for a visit to your veterinarian.

Borborygmi—the medical term for your dog’s gut sounds—can make many strange noises. Rumbles, gurgles, and even high-pitched noises can all occur as normal fluid and gas are moving along your dog’s digestive tract.

These sounds are usually normal, but when they’re accompanied by other symptoms like flatulence or diarrhea, they can be a sign of a problem.

Some illnesses, like intestinal parasites, can cause vomiting and diarrhea, which may be accompanied by an increase in gut sounds.

In this case, your veterinarian may recommend using a product like Interceptor® Plus(milbemycin oxime/praziquantel), which treats and controls intestinal parasites (tapeworm, whipworm, hookworm, and roundworm) while also protecting against heartworm disease.

Does your dog make any of the noises on this list? We bet he does! Knowing what is normal for your dog can help you spot changes early, so you can ensure he stays healthy and active.

If your dog is making any sounds you don’t recognize, it’s always best to check with your veterinarian to make sure there’s no cause for concern.

With Frankie being a pug, he made a LOT of strange noises. Of course since he had a little nose, there would always be a lot of reverse sneezing. He would get a reverse sneezing spell and walk around bow-legged trying to get to snot down. At first, we were very scared about what was happening, but the veterinarian assured us it was just reverse sneezing.

When Frankie was mad, he would puff out his cheeks with a huff. He was quite mad when you didn’t pay attention to him when he was hungry!

Chloe likes to groan and moan when she is trying to get into a comfortable spot. Once she finds the perfect spot, she lets out a big sigh.

Chloe also has a very active stomach after she eats. She likes to lay down right after beside me and I can hear all the weird stomach noises! Then she usually lets out a huge burp that makes her lips giggle. After a while, the farting starts! 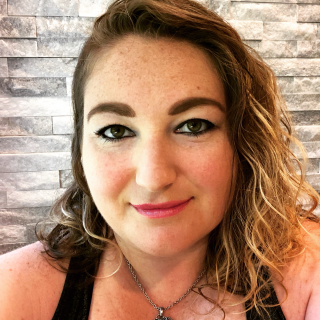 My love of animals started when I volunteered at a humane society. From there I wanted to teach people how to take care of their precious pets and get the word out about adopting. I went to Animal Behavior College and got my Dog Obedience Certification. I have been working in veterinary clinics and give people information about dogs.